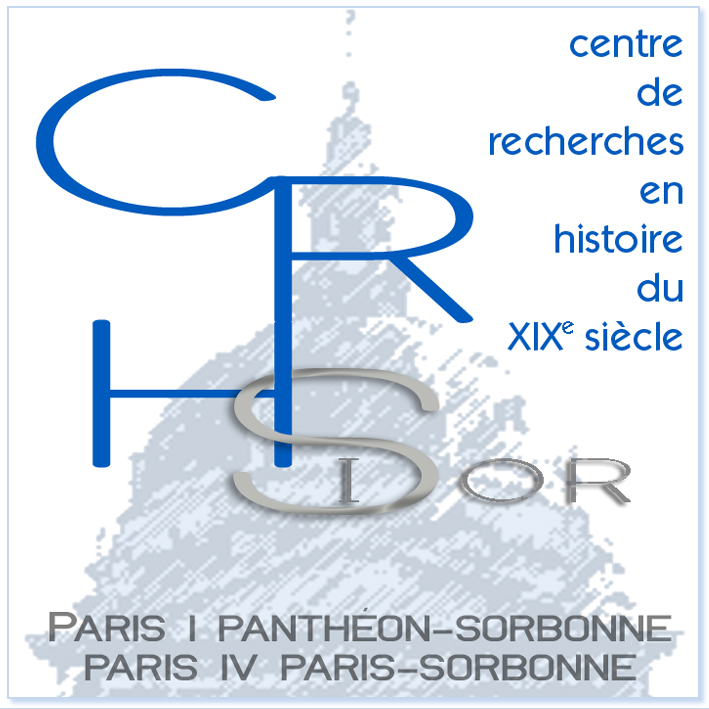 The Centre de recherches en histoire du XIXe siècle coordinates the research activities of its members (21 professors and lecturers, 3 professors emeritus, 3 PRAG, 24 research fellows and adjunct professors, 30 research associates), in addition to organizing research seminars, study days, and conferences, whose proceedings it also publishes. It has very broadly expanded beyond its initial academic purpose of studying nineteenth century France to now include the political, social, and cultural history of the long nineteenth century, which is increasingly envisioned from a comparative European perspective. It also accommodates the activities of the Société d’histoire de la révolution de 1848 et des révolutions du xixe siècle, which celebrated its centennial in 2004, as well as the editorial board for the Revue d’histoire du XIXe siècle. 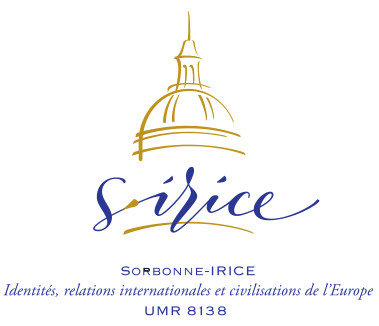 The UMR SIRICE, which was created in 2002, succeeded a GDR (Research Group) entitled “Europe and Europeans: Interactions and international relations.” It includes teams from the Universités de Paris I and Paris IV: for Paris I, there are historians from l’Institut Pierre Renouvin; for Paris IV, there are historians from the Centre d’histoire de l’Europe et des relations internationales, and “civilizationists” from the Centre de recherche sur les mondes germaniques. Also associated, on an individual basis, are historians from l’Université de Cergy-Pontoise and l’Université de Paris III.

From the beginning, the objective was to integrate the research of these constituent parts around the single subject of “Europe,” understood in the broad sense, as well as around European questions, primarily but not solely during the twentieth century. The unit includes approximately thirty professors and lecturers, eight CNRS researchers, one IATOS secretary, and three ITA (a secretary and two research engineers). Its activities take place in six areas of research. Regarding the object of “Europe,” the goal was to transform the existing synergies between researchers from Paris I, Paris IV, Paris III, Cergy-Pontoise, and the CNRS into genuine academic integration within the framework of a UMR (joint research unit). Each of the six research areas combines and closely integrates the members from the various components.

The Centre André Chastel, a research laboratory in art history (UMR 8150), is a joint unit that dates back in its current configuration to January 1, 2004. It received an A+ evaluation from Aeres during its last evaluation in 2009. Placed under the three-part supervision of the CNRS, l’Université Paris-Sorbonne, and the ministère de la Culture et de la Communication (Direction générale des patrimoines), it includes approximately fifty members, researchers, professors and lecturers, as well as research engineers who work within its five teams, as well as in the context of cross-disciplinary subjects, research projects, and activities in art history, from the Middle Ages to the present. One hundred seventy doctoral students are associated.

A one-of-a-kind research center, the Centre Roland Mousnier initially focused solely on studying one of the four major periods of the French academic tradition, Histoire Moderne, or what our English-speaking colleagues call “early modern history.” Major figures have left their mark on the center’s history in this field, including Roland Mousnier, Alphonse Dupront, Victor-Lucien Tapié, Pierre Chaunu, François Crouzet, Jean Meyer, André Corvisier, and François Caron. After Roland Mousnier and François Crouzet, the center was directed until June 2006 by Jean-Pierre Bardet, who was succeeded by Denis Crouzet, with Dominique Barjot as assistant director.

In a brief reminder, the researchers, professors and lecturers of UMR 8596 affirm working within a dual dynamic of historiographical continuity and renewal, with respect to both problematics and historical fields. The centre Roland Mousnier is one of France’s oldest university research centers in history. Its origins go as far back as a ministerial decree from April 17, 1958, which at the initiative of Roland Mousnier, with support from Alphonse Dupront and Victor-Lucien Tapié, created le Centre de recherches sur la civilisation de l’Europe moderne (CRCEM), at the time associated with the Faculté des Lettres de l’Université de Paris.

The Centre de Recherches en Histoire Internationale et Atlantique (EA 1163) is one of Western France’s major research centers, receiving an A rating for the five-year contract from 2012-2016. It includes professors, lecturers and doctoral students in Nantes and La Rochelle.

Our laboratory includes researchers in ancient history, medieval history, early modern history, modern history, literature, and languages. In all there are 161 members (50 tenured professors and lecturers, 11 other researchers, 6 post-doctoral fellows, 87 doctoral students, and 7 technical and administrative personnel members), along with 77 researchers, all joining around a shared subject: “Forms, spaces and actors in international exchanges from Antiquity to the present.”

The CNRS’s Institut des sciences de la communication (ISCC) is a joint service unit (UMS 3665) that is based on the Sorbonne Universités community of universities and institutions. It is under the primary administrative supervision of the CNRS (directly reporting to the presidency) and l’Université Paris-Sorbonne, and under the secondary administrative supervision of l’Université Pierre et Marie Curie.

The ISCC’s mission is to conduct and guide interdisciplinary research focusing on questions of communication, at the intersection between science, technology, and society. It organizes the structure of the research field by housing and uniting teams around research areas. In addition to their research, ISCC researchers also monitor developments in their fields of analysis.

An open space at the heart of the Sorbonne Universités location, the institute accommodates doctoral students and post-doctoral fellows, offering them access to the scientific resources of a specialized and digital library, thereby enabling them to have a certain proximity with the researchers.