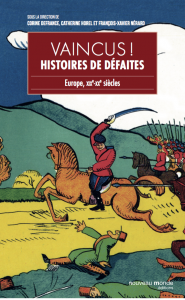 The evident disorder of our time has proven disconcerting in a Europe that is currently experiencing crisis—but has this not often been the case over the preceding centuries?

The aspiration of the collection Pour une histoire nouvelle de l’Europe is to better understand our past in order to better imagine our future.

Its original academic approach uses renewed perspectives to grasp Europe from the 18th to the 21st centuries as a whole, moving beyond the national entities of which it consists toward the cluster of global relations in which it is involved. For example, it explores the role of defeats, technological transitions, major artistic movements and their successive reinterpretations, ideologies, and different interpretations of history by European historians themselves.

This collection is the work of historians with multiple approaches blending the fields of politics, culture, gender, etc., in order to propose a renewed understanding of our continent’s history.

“The victors write History,” it has often been asserted. But what of the vanquished? Is defeat truly without histories?

From the Napoleonic wars to the Cold War, Europe during the last two centuries has been a continent torn by wars that have continually redefined both the victors and the vanquished.

Although for a long time only military historians attempted to understand defeat, it has now moved beyond the battlefield to examine and question national narratives. With its heroes, martyrs, exiles, and traitors, it is an arresting history, and has become a place for experiences and memories.

Defeat is now getting its revenge.