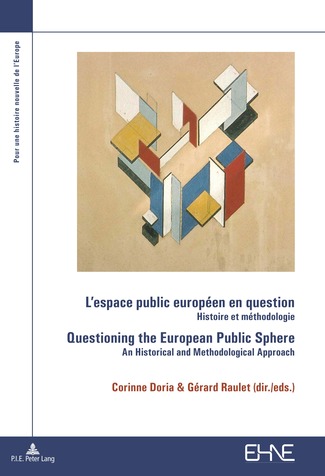 Over the course of the last sixty years, Europe has built

itself as a political, legal, and economic space. Yet this process was not accompanied by the construction of a European public sphere, and this in spite of the wishes of its founding fathers, who sought to create in Europe a common cultural space recognized as such by its citizens. The European public sphere is currently reconfiguring itself through the internet and social media, and the time has come for a global reflection on this sphere, one that is both historical and methodological. When did a European public sphere appear for the first time in history? What were the institutions, events, and evolution that began with the Middle Ages and made it possible to conceive and perceive Europe as a common space, a public sphere? How and by whom has the public sphere in Europe been occupied at different moments in history? To what extent did geographical discoveries and the encounter with other cultures reinforce the perception of Europe as a common public sphere? How will the European public sphere be configured in the future? This work brings together contributions from Labex EHNE specialists (historians, philosophers, legal scholars, sociologists).