This conference seeks to assess the current state of research in a thriving field and to create a European research network on the history of sexology. The term sexology here is understood in a broad sense (as scholarly discourse on human sexuality) and the period covered will be large, from the nineteenth century (with the beginnings of conjugal hygiene and sexual psychopathology) to the early 1970s (when university degree programs were created to professionalize and control the discipline). 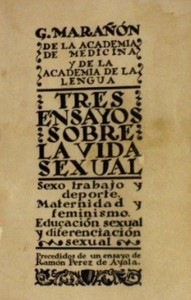 The historiography of this field, which like historiography on sexuality dates back to the 1970s and 1980s, is currently undergoing considerable change, through the influence of social and feminist history on the sciences. This has resulted in less focus on the study of paradigms and scientific pronouncements and instead privileged social and material histories of scholars and academic practices (D. Pestre, M. Puig de la Bellacasa).

Despite the growth in historical studies, the panorama of sexology over the last two centuries is marked by two imbalances. The first concerns the unequal historiographical production between northern and southern Europe. For example, while the names of the great German and British sexologists are well-known and have their own biographies (Richard von Krafft-Ebing, Magnus Hirschfeld, Albert Moll, Havelock Ellis, Edward Carpenter, Norman Haire etc.), their French, Belgian, Portuguese, Spanish, Swiss, and Italian counterparts remain largely in the shadows. This is true even for the most important scholars (Valentin Magnan, Pasquale Penta, Gregorio Marañon, Egas Moniz), to say nothing of the large number of lesser-known experts. Yet, the countries of southern Europe have contributed just as much as those of north to the production of scholarly knowledge on sexuality. This distorted lens, mainly linked to the uneven development of historiography, had led us to overlook or underestimate the specificities of sexology in southern Europe, which need to be better understood. 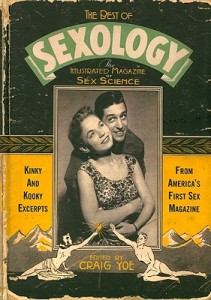 The difference in religion is one such factor. The Catholic Church, continuously hostile to contraception, abortion, divorce and the negative forms of eugenism (sterilization, euthanasia), is an important contextual element. Catholic sexologies existed almost everywhere to promote Christian marriage, while secular groups, who wanted to break with this tradition, have positioned themselves in very radical opposition. The southern European countries are also located in an area under the influence of the Napoleonic civil and penal codes, which abolished « sins against nature » (including sodomy). Aspects of these codes survive elsewhere in modernized forms. In addition, the regulationist model of prostitution was adopted much more in southern Europe than in the north. More broadly, there have been cultural transfers (translations, networks of researchers, and travel for training) between these countries, probably at least as important as the contributions from Germany, the UK, and the Scandinavian countries (the latter were pioneers in sex education). Thus, the question should be raised as to whether Latin-country sexologies exist, or at the very least, whether the national contexts in southern European countries have influenced the discourses or the practices of sexologists.

The second imbalance concerns the lesser attention paid to women, whether as objet or subject of scholarship. Historians have, in fact, intensified the great inequality that existed at sexology’s origins: until very recently, most sexologists have been male and the vast majority of clinical cases they have discussed have concerned men. Similarly, historians have focused on retracing scientific knowledge about male sexual dysfunction (impotence) or sexual perversions, thus relegating female disorders, diseases, and case studies to the background. The attention given to virility has also carried the day over the notions of femininity which have been analyzed in this body of knowledge.

This conference, therefore, takes a deliberately compensatory approach in privileging sexological discourse on women and the feminine, female figures in sexology, and feminist critiques 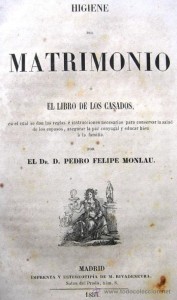 that the discipline has experienced at different times. More generally, sexology has produced androcentric sexual norms that history has only barely begun to deconstruct. This situated knowledge, produced by men, mostly European bourgeois progressives, has incorporated a male point of view down to the most fine-grained level of its representations and practices, which need to be decrypted with care. Borrowing the phrase from Nelly Oudshoorn at the end of her fascinating study on Dutch endocrinology, “scientists are actively constructing reality, rather than discovering reality (Oudshoorn, p.4),” we should analyse how sexologists have constructed gender differences and produced female sexuality.

Thus, this conference will address these two historiographical gaps, although without pretentions to covering these subjects exhaustively. It seeks to show the variety of ongoing research on these two subjects, and while historical approaches may be predominant, all researchers in the social sciences are encouraged to participate in this collective reflection. Moreover, this conference will be the first step in creating a European research network that has the following objectives: